This boat, with the number 653 (15 ,7 meters long, 4,7 meters wide, 4,7 meters high, 24 tons) is an artefact of an illegal and inhuman arrival of refugees in “fortress Europe”. Around 2 A.M. on 5.6.2013, this boat left Brega in Libya. On board 244 children, women and men from Etiopia and Eritrea risked their lifes to arrive over 3 days later in Portopalo di Capo Passero, Sicily. But everything- the 7,000 Euro per person and the inhumane ordeal- proved to be in vain as it was intercepted by FRONTEX and everyone was sent back to Africa. 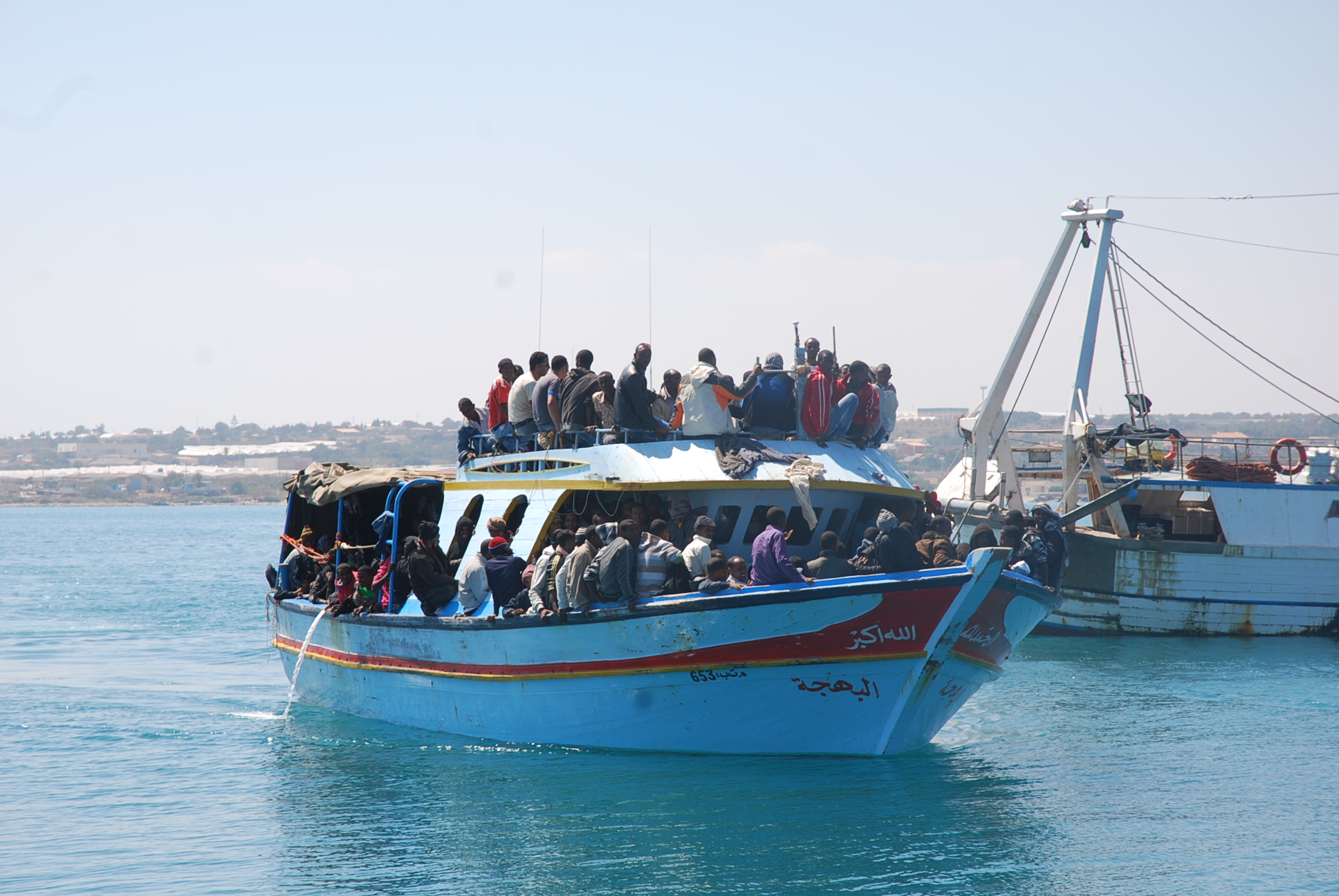 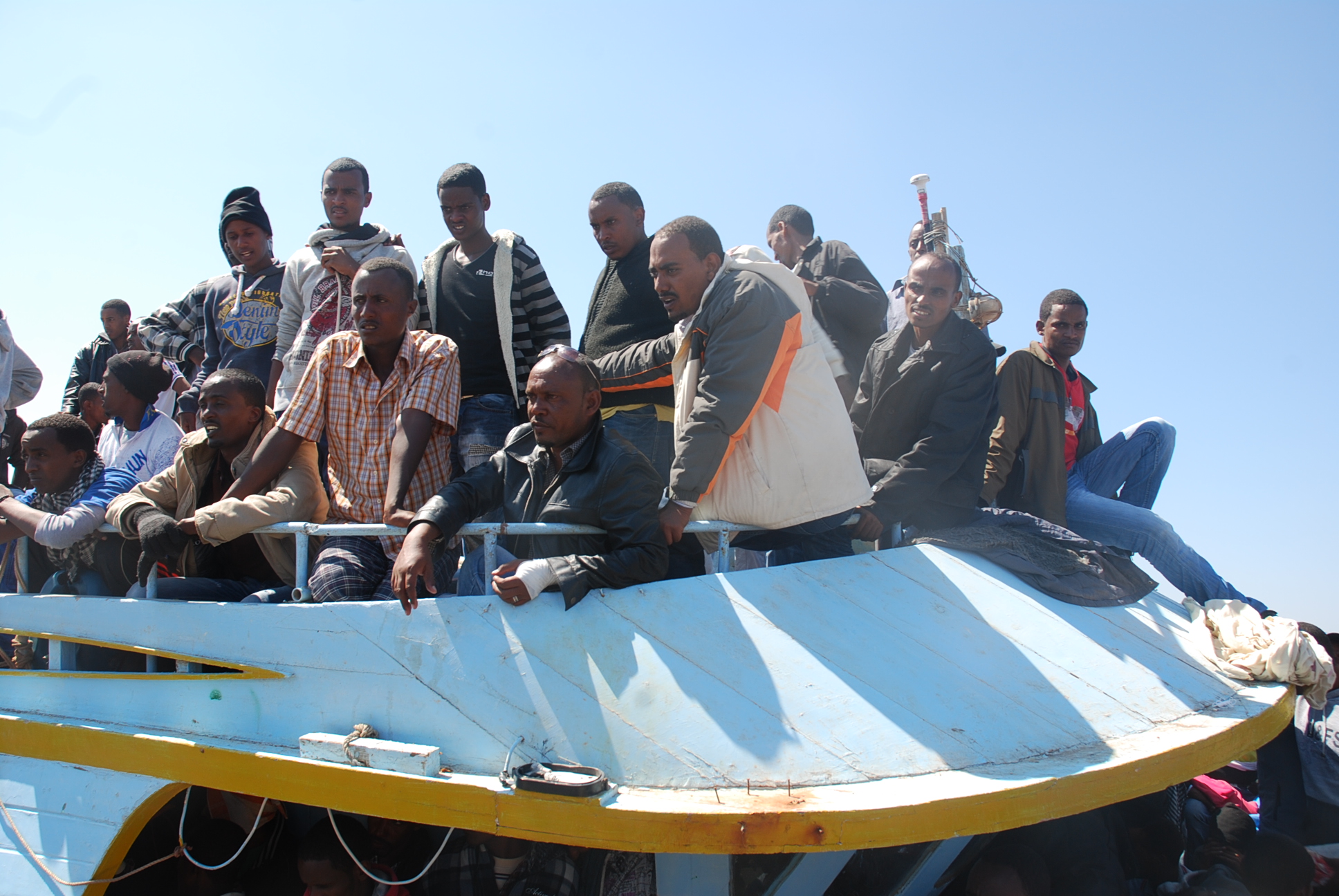 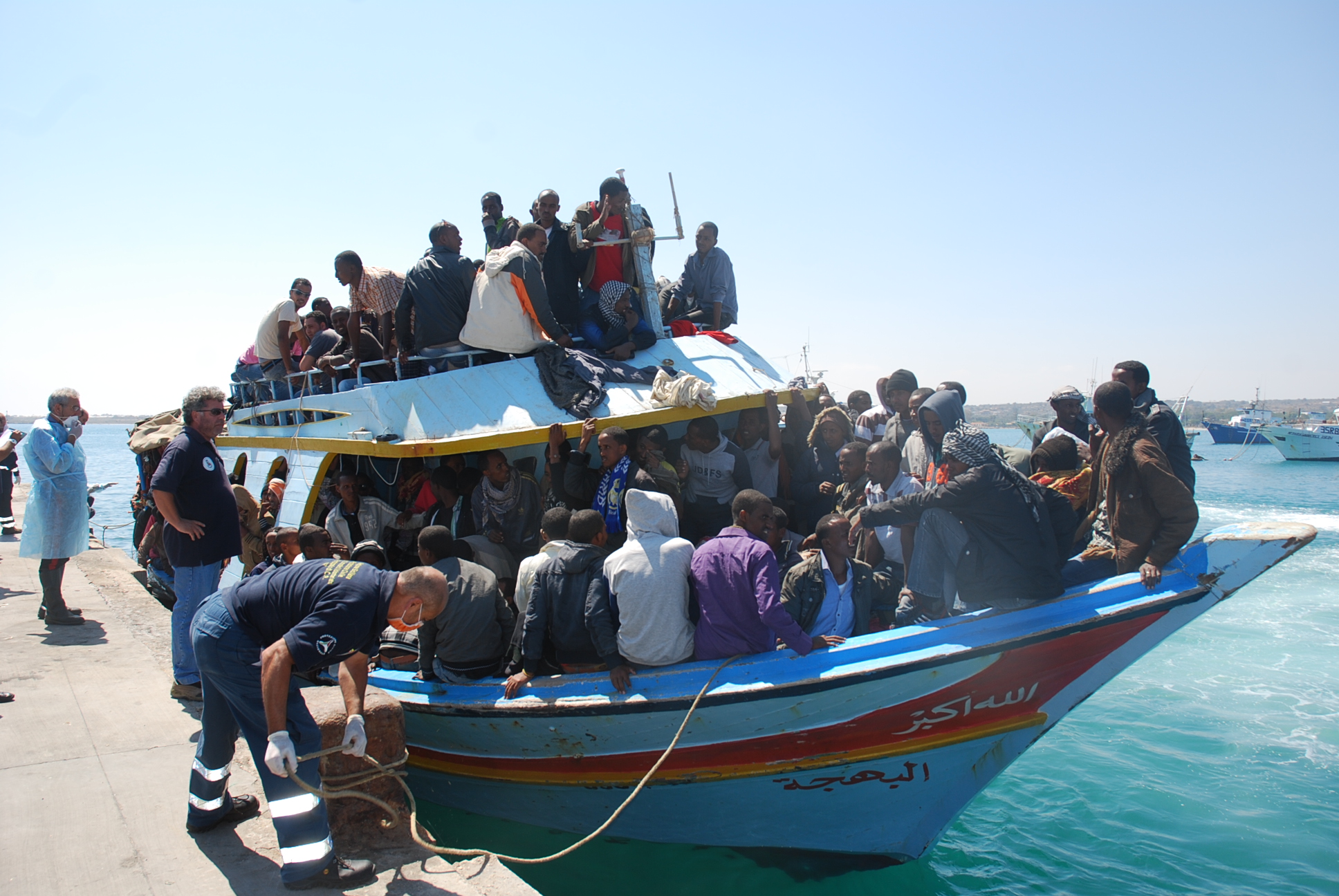 The boat tells a long and tragic story about sepparation and exlusion. Our team of the University of Applied Sciences, Salzburg dedicated the exhibition at the exposition in Wittenberg to the plight of refugges trying to reach Europe. “What better artefact to symbolise this than an original boat intercepted in Sicily”, I said at a team meeting. The result of that statement was an extraordinarily difficult project as my brother and I looked for a refugee boat and fought with the Italian bureaucratic apparatus to get it. . 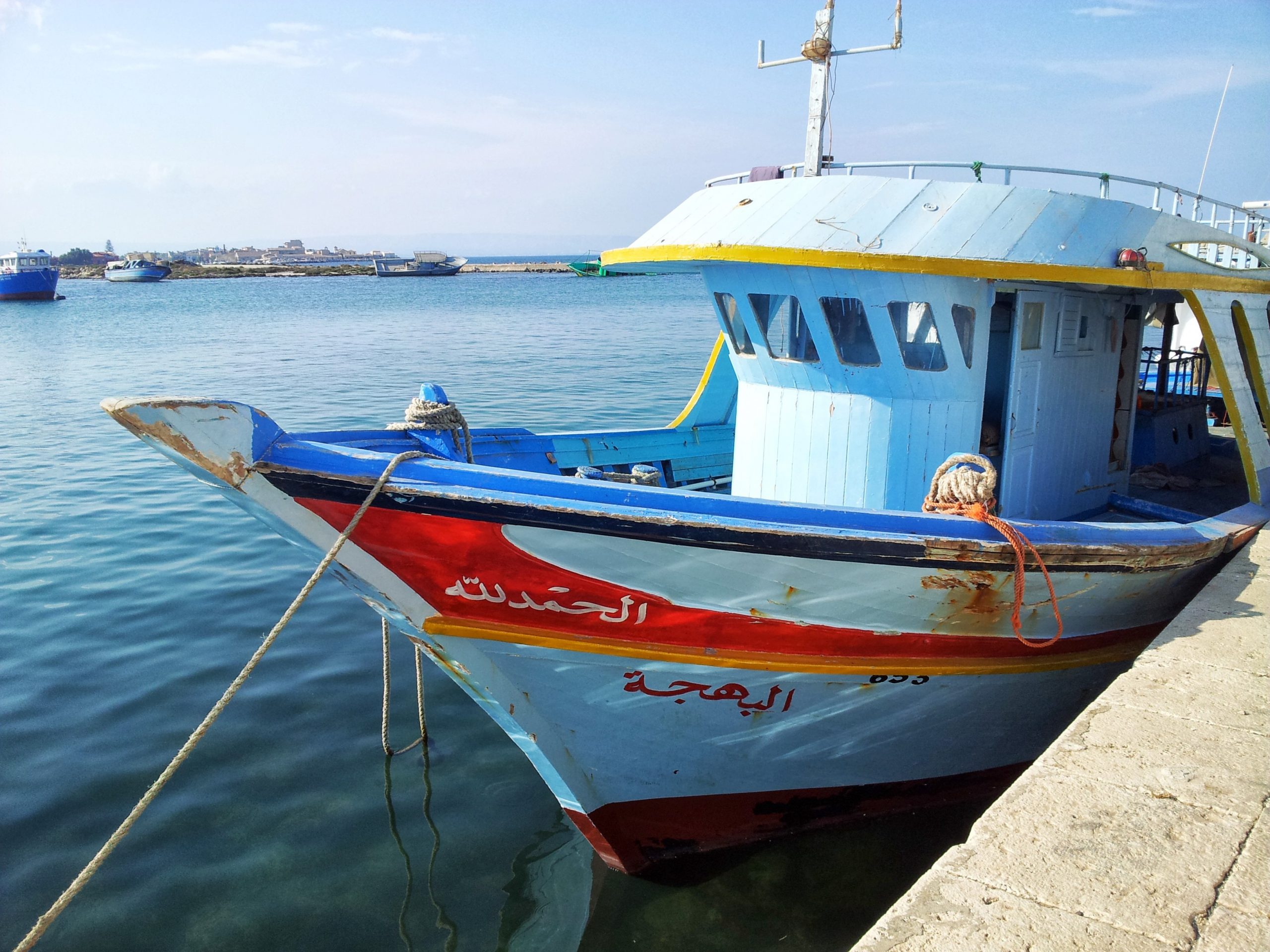 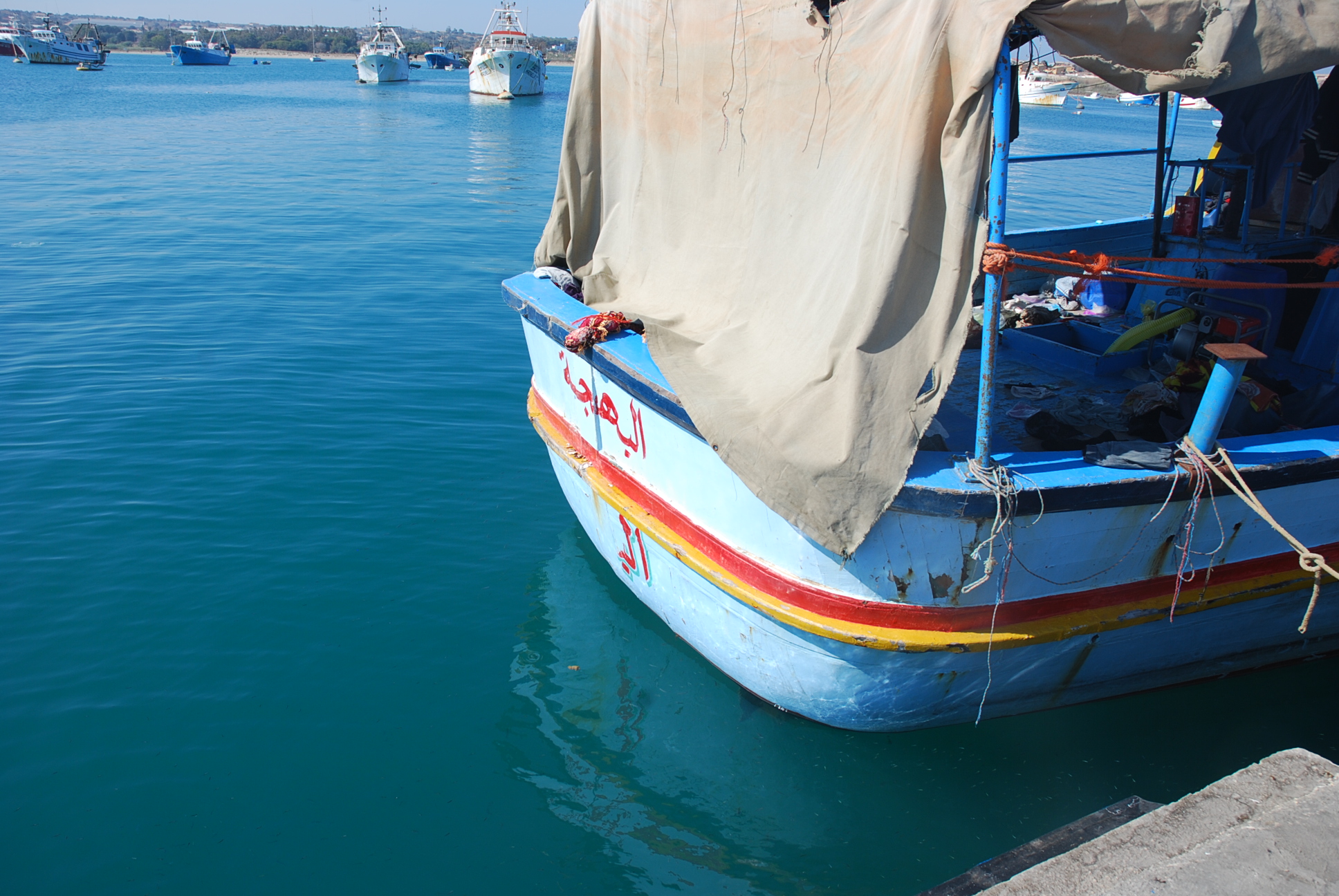 After its interception, the boat was confiscated by the Italian government and lifted out of the water into dry dock for 4 years. Originally, we had planned to transport it on land from the shipyard all the way to Wittenberg. This proved impossible because the road to Catania (the port where we had planned to put it atop a ferry) was too windy for a truck with a load this size. Thus, it had to be towed in the water to Catanaia, but when Chistian and I located it, its hull had cracked considerably. Next was hiring a team of trustworthy, local workers to fix it, not an easy task in the south of Sicily.

The boat was fixed and deemed somewhat seaworty but on the day it was to be towed a storm brewed on the horizon. I will never forget seeing it pulled through massive waves and only seeing it every 2 or 3 seconds. Once in Catania, the journey had just begun. European bridges being too low, we had to remove the entire upper body of the boat without destroying it and so we sawed off the entire circumference of the cabin during a few scorching hot days in June, on a boat illegally parked in the harbour of Catania overlooking Mt. Etna. When the boat was finally ready to be lifted out of the water and onto a truck, its weight -we were always told 16 tons- was actually 24 and the crane nearly broke. As might be expected, the truck with this load was intercepted several times on the way to Germany. 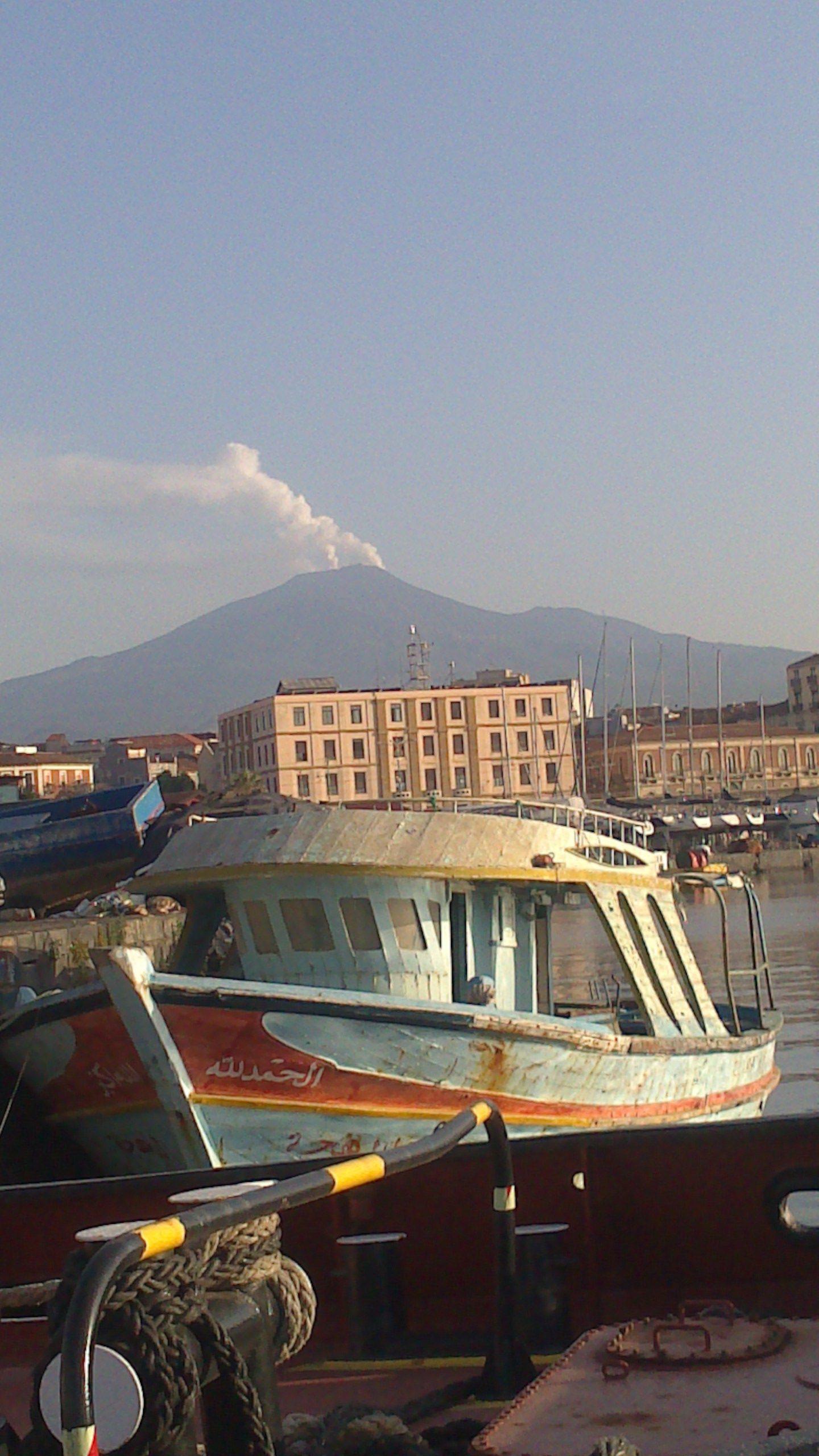 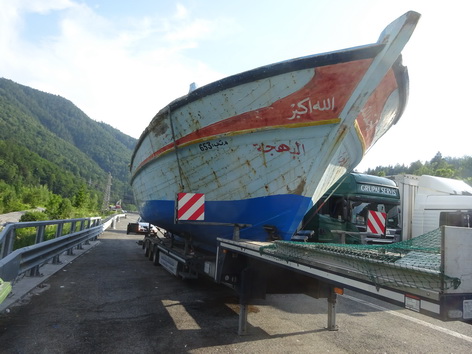 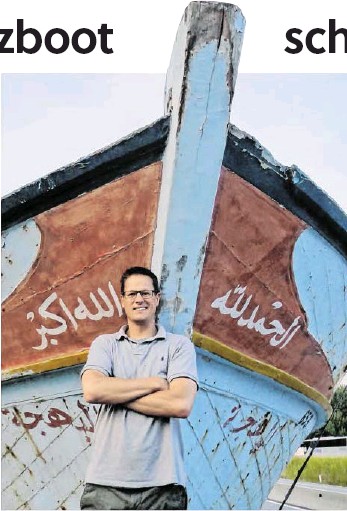 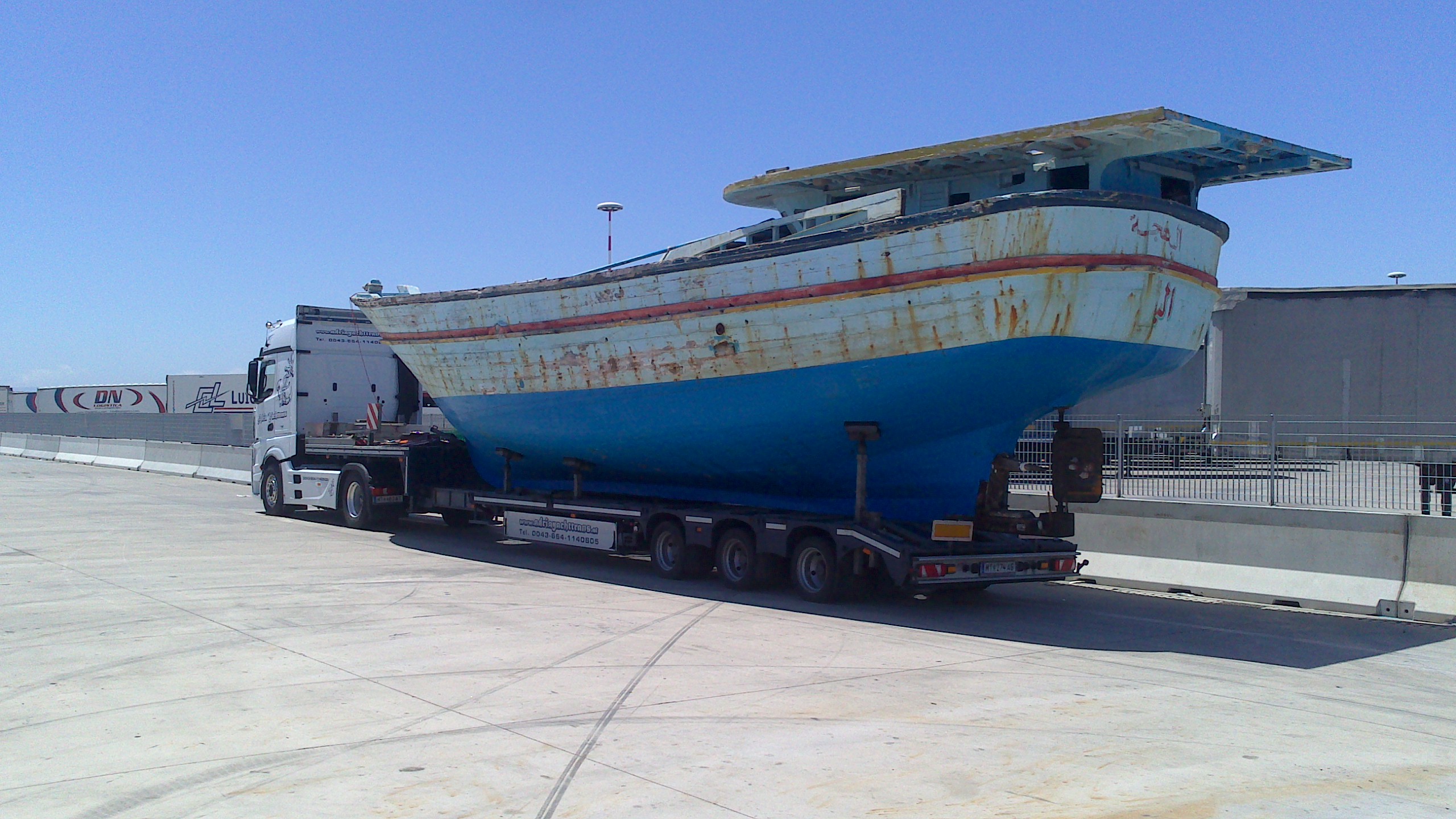 After about a year worth of work, I saw the boat arrive in Wittenberg early one morning in June and I had to cry! Now came the prepararion for the exhibition. The oily water from inside had to be emptied, a massive pit had to be dug and only then could the boat be lowered into its resting place. Under the leadership of Paul Steinböck, Carpenter and Restaurator, Nr. 653 was now pieced together again like an ancient archaeological relic. And then it was complete again sitting there like in a throne overlooking the pond in Wittenberg.

After the exhibition ended, only the boat remained; it was too heavy to be moved. In 2019, in a horrible act of intoleance and xenophobia, the boat was vandalized and burnt down. Criminal police has established that this was arson and probably done by a right-winged Nazi group since a symbol was found branded into the side of the hull.
It happened exactly 80 years after the infamous Kristallnacht of Nazi Germany when, in the night of 9-10, 1938, SA paratroopers burnt Synagogues and destroyed Jewish-owned stores as the NAZI authorities looked on.
I was heartbroken and shocked and quickly contacted the townhall of Wittenberg, urging that number 653 would not be disasembled or destroyed, since that would concede a victory to hatred. It is still sitting there in Wittenberg, with its top burnt down telling the story of the forces that can tear apart Europe. 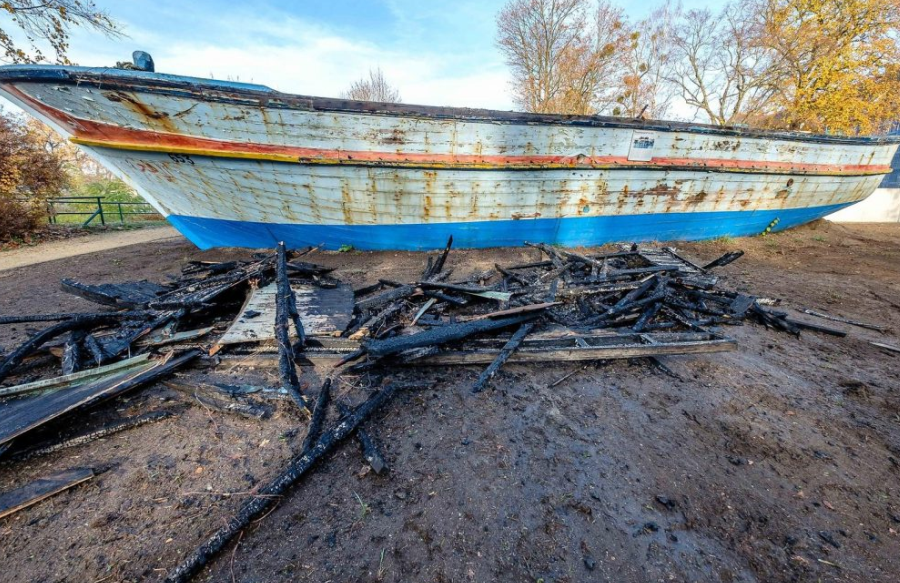 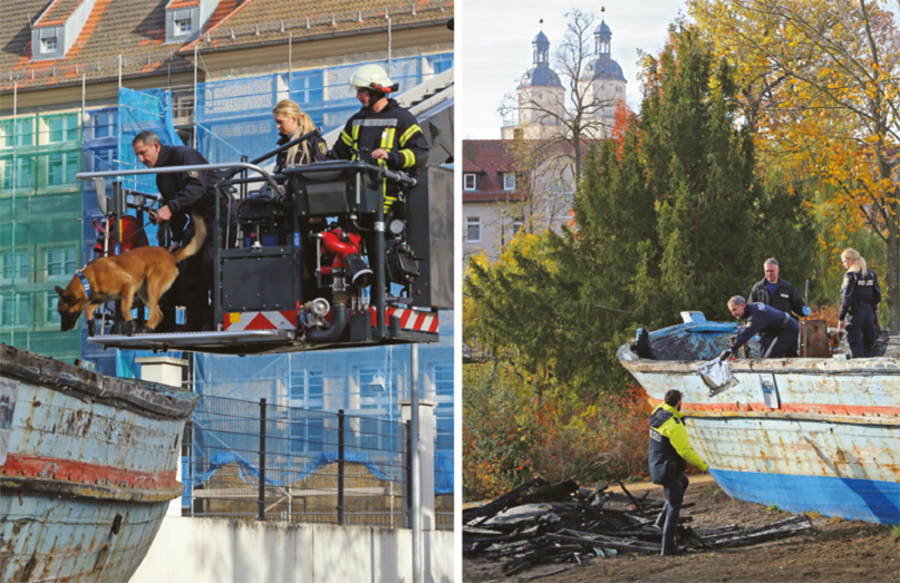 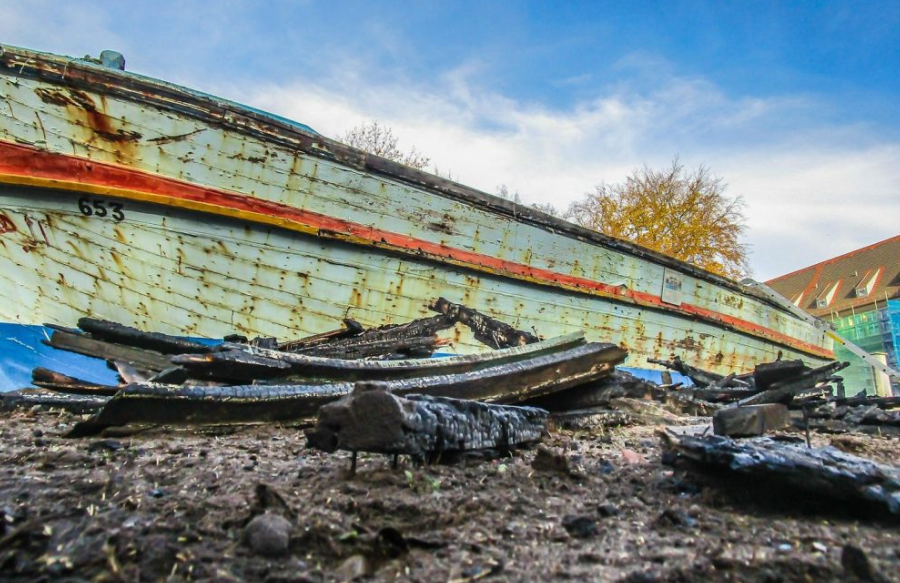